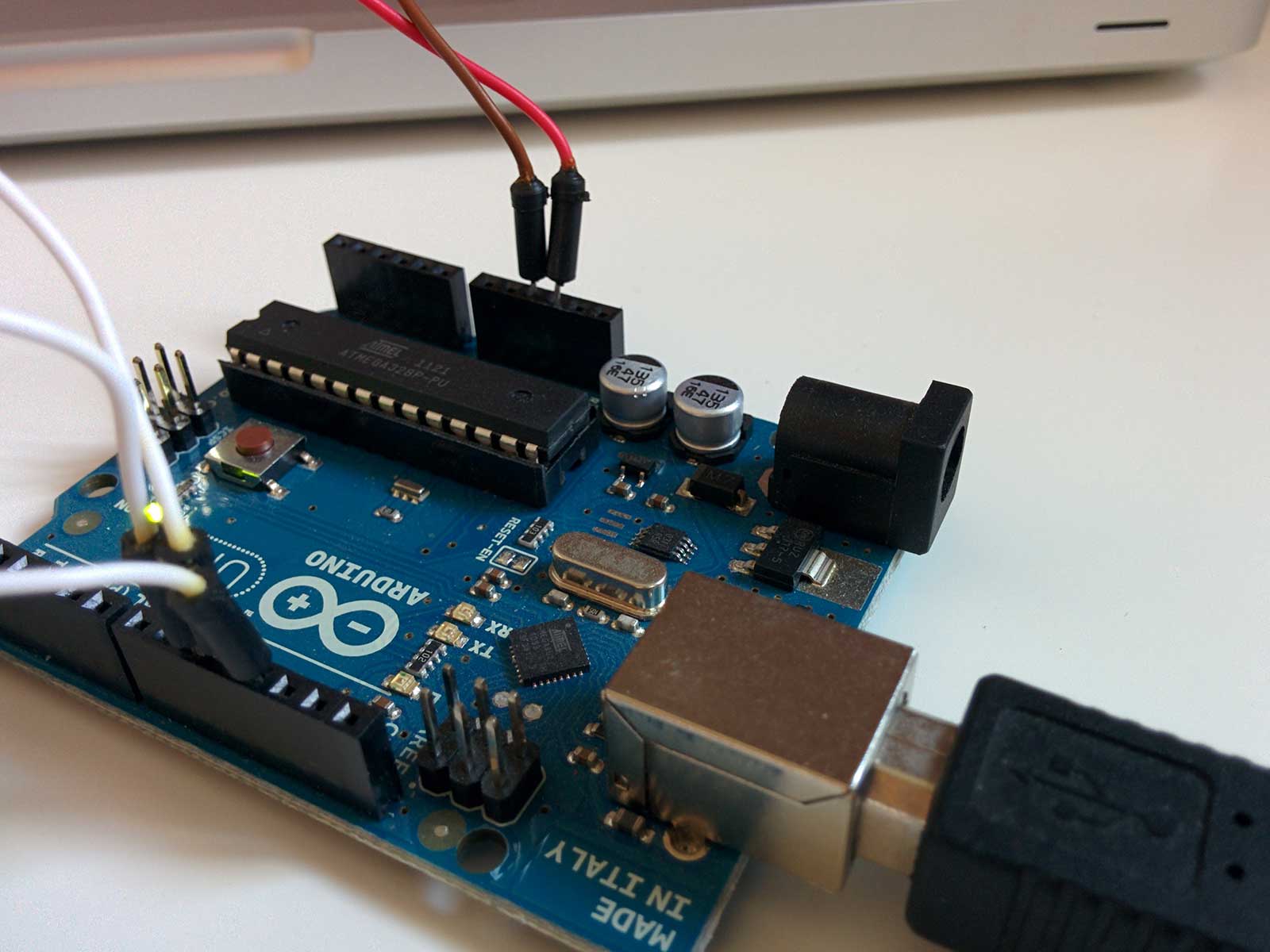 I'd heard about Arduino through CoderDojo but Dad surprised me with an Arduino Uno the other day. It's been great fun getting even a simple LED. So what's an Arduino? It's really just a very small and not very powerful computer - think of it like what you would find inside your phone.

I read about Massimo Banzi who invented the Arduino. He needed a very simple and cheap computer to help his students learn about making prototypes. He couldn't find what he wanted so he invented it. Here's a great quote from him:

All you need to get going is the cheapest board - Arduino Uno. It just connects to your laptop with usb and you get a simple programming program from the Arduino web site . After that, you need some LEDs to begin playing about. You need to do some programming but it's really not a big job. You tell the Arduino which of it's pins you've connected the LED to and through your code, you tell it to set that pin 'HIGH' - that's really means just 'ON'. Then the Arduino sends power to that pin and the light comes on.